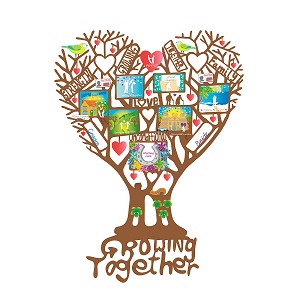 These insights will allow you to understand why first-tier–and even highly evolved males and females in second-tier–experience relationship conflicts or stagnation, and to realize the benefits and importance of ongoing learning, healing and growing for love relationships to thrive.

Use these cutting-edge insights into adult development to identify notorious trouble spots between couples at different stages of growth, and learn to support couples at similar levels to realize their deepest healing and growth potentials through better translation at their level of development and transformation to the next higher stage.

What you say makes no sense:

These insights and experiences will allow you to identify from which level of consciousness individuals are speaking from, to communicate more effectively and emphatically with your partner and clients by using language at their level, and to resolve conflicts by “translating” language between couples at different levels consciousness.

*Gray, John. 1992. Men Are from Mars, Women Are from Venus: The Classic Guide to Understanding the Opposite Sex. Harper Collins. (Or another John Gray book.)

*Welwood, John. 1990. Journey of the Heart: The Path of Conscious Love. Harper Perennial

Wade, Jenny. 1996. Changes of Mind: A Holonomic Theory of the Evolution of Consciousness. State University of New York Press

Psaris, Jett and Lyons, S. Marlena. 2000. Undefended Love: The way you felt about yourself when you first fell in love is the way you can feel all the time. New Harbinger Publications.

Kingma, Daphne Rose. 1998. The Future of Love: The Power of the Soul in Intimate Relationships. Main Street Books.