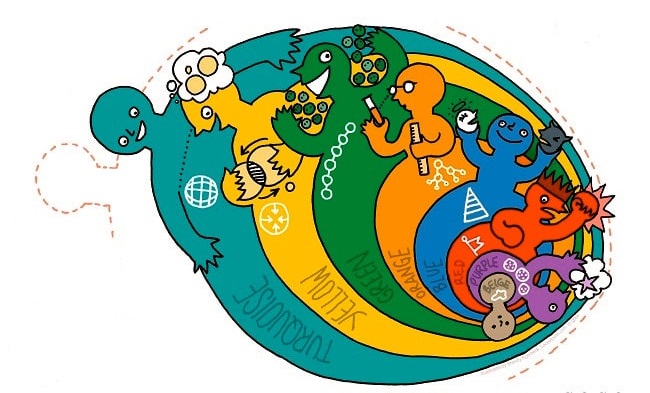 Learn and practice how people at the seventh and eight level of consciousness development communicate.

At the seventh Integral level, communication shifts from need-based to being-based, and from judgment to curiosity. There is an understanding that everyone is right from their own perspective (but not equally right) and that all perspectives are partial. While people at previous levels may only consider a first, second, third, or fourth person perspective, based on their particular level of consciousness development, integral people consider them all. Integral people see conflict as an opportunity to learn, heal, grow, and awaken. While they can take the perspectives of people in first tier consciousness and adjust their communication to their level, they often get frustrated when they themselves are not heard and understood, and sometimes rather win the argument than maintaining the relationship.

This shifts when people advance to the eight transpersonal stage where a new sense of humility, beginners mind, and compassion emerges. The communication becomes more personal and vulnerable. Instead of just looking and talking down at people in first-tier consciousness in what can be perceived as an arrogant and superior way, a deep care, love, kindness, and oneness becomes the hallmark of creating mutual understanding with others.At this level, we rather lose the argument and maintain the relationship.