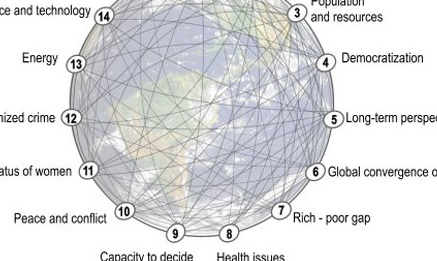 Eckhart Tolle writes in The Power Of Now on page 132 (page 159 paperback edition): “Humanity is under great pressure to evolve because it is our only chance of survival as a race.  This will affect every aspect of our life and close relationships in particular [emphasis added].  Never before have relationships been as problematic and conflict ridden as they are now.  As you may have noticed, they are not here to make us happy or fulfilled.  If we continue to pursue the goal of salvation through relationships, we will be disillusioned again and again.  But if we accept that relationships are here to make us conscious instead of happy, then relationships will offer us salvation, and we will be aligning ourselves with the higher consciousness that wants to be born into this world.  For those who hold on to the old patterns, there will be increasing pain, violence, confusion, and madness.”

In June 2011, I participated in a five day relationship coaching training in an upscale Hotel near the LAX Airport in Los Angeles.  While there, I stayed overnight at a friend’s house on the other side of the airport.  On my walk to the seminar hotel on the morning of the fourth day, I encountered a middle-aged black man on a little bicycle at the end of the LAX runway, watching planes land and take off.  As I walked by I said “isn’t it amazing that these things fly” and he told me how it calms him down to watch them come and go.  Probably not used to seeing a white guy walking the dirt strip next to a busy road, he asked where I was going.  After I told him, he shared the heartbreaking story of his wife leaving him for a man with more money and how he is now living on the streets.  He asked me how much this “love seminar” costs and I told him “a few thousand dollars”.  This left him completely dumbfounded.  After I said good-bye and was about 45 feet away he shouted after me “Sir, can you spare a Dollar?”  I walked back and came close to giving him all the money that I had in my wallet, but only left him with a $20 bill.

I cried all the way to the hotel.  There we where, 90+ women and 4 men, having traveled thousands of miles from all over the world, spending thousands of dollars to learn how to support relatively rich and privileged women in bringing love and abundance into their lives by attracting a successful partner who makes them happy and fulfilled.

And there was the other extreme, the homeless man watching planes on the runway, begging for a dollar (representative for me of all the people in the world who suffer).  I felt so much shame and conflict about my own hypocrisy and for not doing more to help to address the significant global problems that we face: 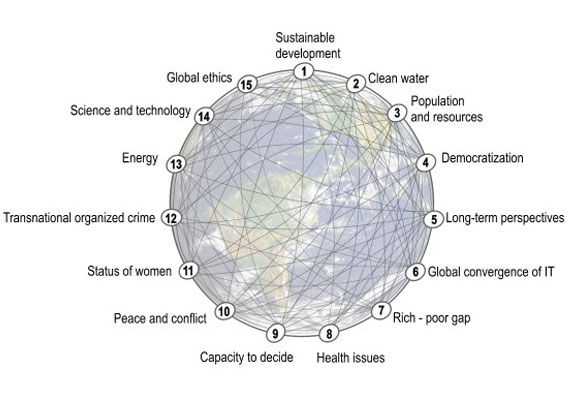 As we know, our human sexual selection process, in which the most successful and competitive men are chosen by the sexiest women, has made human evolution a huge success story.  But if you stay on top of the news then you know that this sexual selection process is no longer sustainable individually (see Primary Fantasy graphic above with fewer and fewer men that modern women can marry up to – or “where are all the good men???”), economically (see upward distribution of wealth/world-wide economic crisis), and ecologically (see global climate change, etc.) 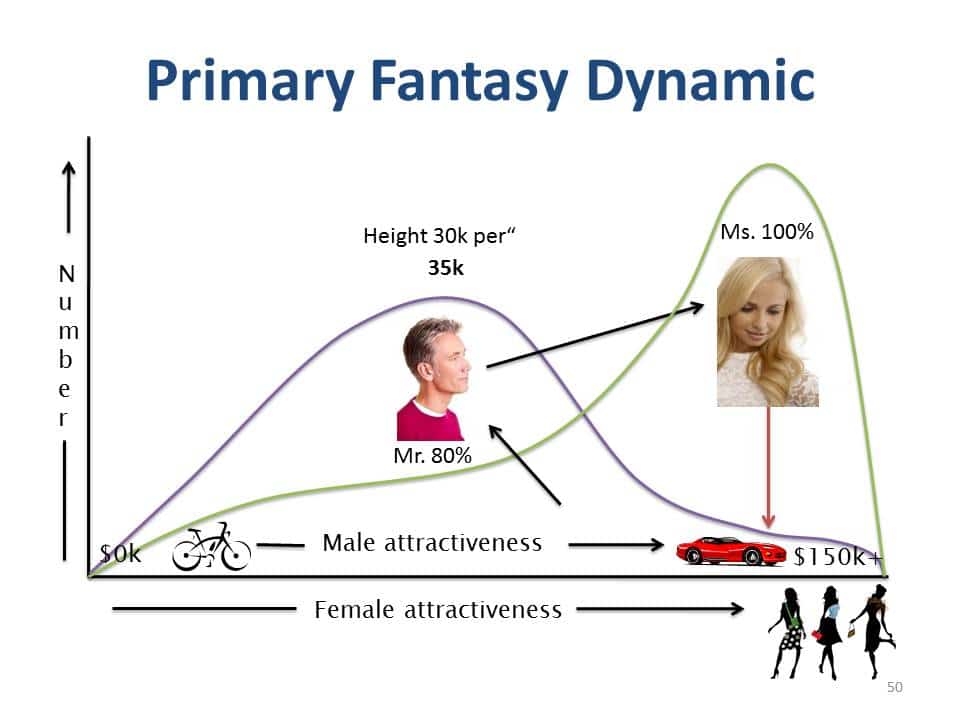 The good news is that, as Ken Wilber points out, biology is not destiny.  So the first step to conscious relationships (as suggested by Eckhart Tolle above) and a sustainable future for all humanity is to make our unconscious sexual selection process conscious and then to make different choices.

This is what the Integral Relationship Vision suggests:  The new pattern in which opposite partners with equal rights AND responsibilities co-create sustainable healthy love relationships, including socioeconomically and ecologically, with a focus on their mutual healing, learning and growth to serve the highest good for the largest number of people.  This relationship model is of course more complex and demanding than the outdated quick-fix ideas and relationship “secrets” that we have been fed so far. 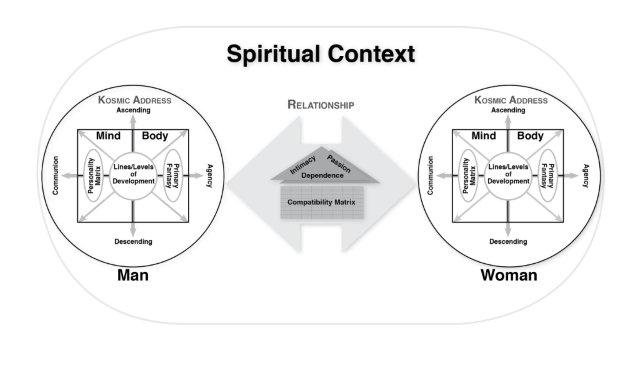