Are women morally superior to men and in their capacity to lead? 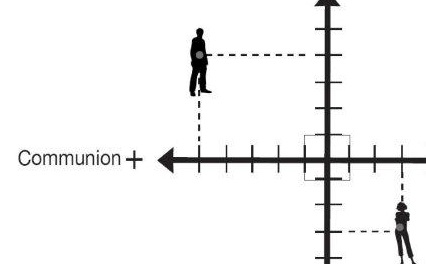 In a recent (brilliant) article on Beams and Struts, Vanessa Fischer concludes:

"Theorists have argued for jettisoning the term "Feminine" all together due to the problems it poses in polarizing men and women and essentializing certain qualities about women that over-idealize traditional femininity and set women up as morally superior to men.  Another area where the shadow side of the feminine rhetoric can potentially become an issue is when there is an assumption, that simply because we are women (and we are "Feminine"), that we are somehow special.  There is no significantly convincing proof that women would do a better job running the world than men have ... and I believe there are many shadow dimensions how we show up with men that we will have to engage and consider very deeply before we make any assumptions about our superior capacity to lead."

Her profound insights--applying Ken Wilber's four Quadrant Model--and her humility open up the potential for a renewed dialog between men and women.

To put this dialog into an Integral Relationship context I suggest to clearly define what we mean by:
1. Biological Sex
2. Learned Gender Roles
3. Anima/Animus Complex (Male/Female Shadow)
4. Feminine/Masculine Polarities

We can then integrate those dimensions with the differences in consciousness/moral/spiritual, etc. development in men AND women.  This will allow us to move beyond the tiring discussion if men OR women are more evolved and better leaders, to realizing that we need more evolutionary/evolved men AND women in sustainable Integral Relationships to co-create solutions for a sustainable future for all humanity.

Below are my suggestions for operational definitions (from Integral Relationships: A Manual for Men) for the above terms:

1. Biological sex and the resulting Primary Fantasy, which often judges women as harshly by their looks and age as it does men by their social status and wealth, has already been covered in previous newsletters.

2. Gender roles are learned after birth, often vary between cultures and throughout history, and can be transcended.  Gender Mainstreaming, as put forward by the United Nations Entity for Gender Equality (www.un.org/womenwatch/osagi/conceptsandefinitions.htm) or Warren Farrell's suggestion to move from role-mates to Soul-mates, attempt to give men and women equal rights and responsibilities.

3. Anima/animus complex relates to the creation of our self-identification as boys or girls during childhood when we invariably cover up, split-off, disown, repress, or dismiss qualities of the opposite sex to various degrees (shadow).  In later years we can heal and transcend this complex.

There are five potential stages for men:
1. Women as mother: He needs a mommy to take care of him.
2. Women as sex object: He wants her to make him feel good.
3. Women as wife: He wants her loyalty and support.
4. Women as guide to healing and awakening: He grows through her need for independence.
5. Women as equal partner: He values and meets her as an opposite and equal partner.

and women:
1. Men as alien outsiders: She fears, hates, and "desires" him.
2. Men as father, God, or king: She wants his approval.
3. Men as hero: She wants to look up to him and to have him take care of her.
4. Men as independent beings: She wants her independence from a partner.
5. Men as equal partners: She wants and meets him as an equal and opposite partner.
(for more details see Integral Relationships pages 58-66)

4. Masculine/Feminine polarities are defined as ascending/descending and agency/communion.  It is important to differentiate these polarities from sex, gender and the anima/animus complex as they are potentials for growth and embodiment (versus shadow) that can be equally embodied by Integral males and females.

1. Healthy ascending is characterized by a desire to improve, to go beyond, to grow, to transcend, to create, and to think big. This is accomplished by gaining wider perspectives of the self and the nature of things. It requires a willingness to change by letting go of old paradigms and not sweating the small stuff.
Unhealthy ascending ignores, represses, controls, and dominates the lower, instead of embracing and caring for it. It denies feelings, the body, sexuality, and nature. 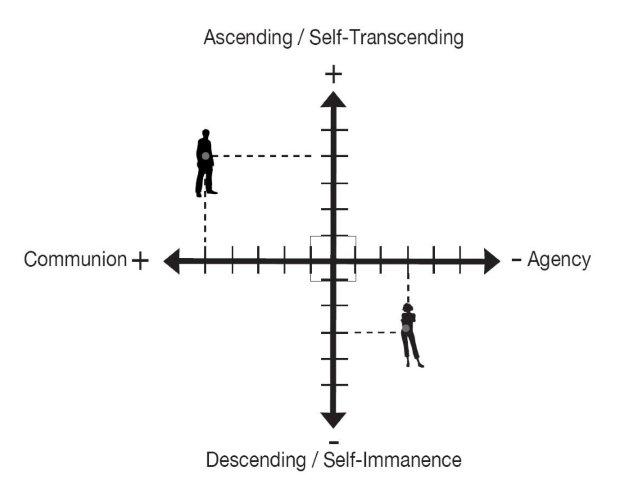 3. Healthy agency supports the autonomous functioning of the individual.
Unhealthy agency leads to alienation and dissociation from others.

4. Healthy communion is expressed through the peaceful, responsible (response-able), considerate, and caring connection between people.
Unhealthy communion leads to fusion, dependency, neediness, and clinging-with the loss of one's own will, individuality, and autonomy-which eventually leads to resentment.

(see Integral Relationships pages 23-28, available as a FREE PDF by signing up for our newsletter).