How to prevent my man from being more powerful in the relationship? 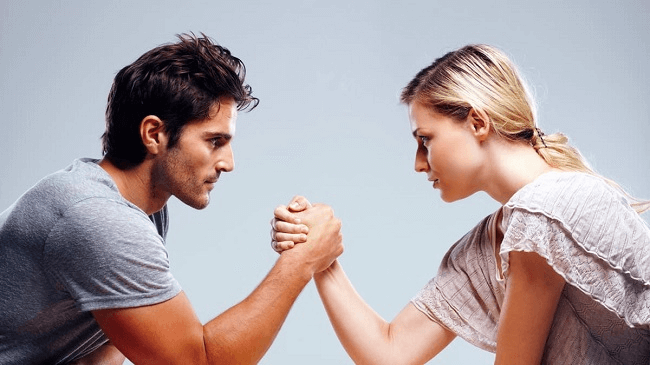 Most women are attracted to men with power and wealth. I never heard a woman say I want a partner who is weak, poor, and needy. This poses a paradox for women and men, as most powerful men eventually also want to have power over their partner. This is especially true if she challenges him, for example by wanting more independence or asking him to change. If we look at the seven chakras, we see that both partners usually have power. Often the man in the first (survival/safety), third (power/boundaries) and fifth (creativity/self-expression) chakra, and women in the second (sexuality/creation), heart (feelings/compassion), and third eye (wisdom/vision) chakra. The solution to these power struggles is to shift from “power over” to “power with” through co-creating synergy by becoming a power couple. The foundation for this shift is to build trust. Couples use their power over each other if they don’t trust each other; if there is no safe container for the relationship. Power struggles also emerge when needs are not identified, expressed and met, and when couples go down the fear-shame spiral. So having an open conversation about these three topics with the intention to transcend these asymmetries and to become equally powerful at the level of all six (of the seven) chakras with the intention to become equal and opposite co-creators is vital.