My visit to Ken Wilber 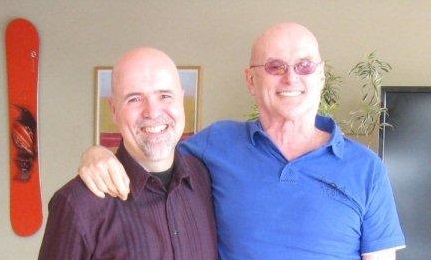 Last Thursday 2/9/2012, I had the great honor and pleasure to meet Ken Wilber at his loft in Denver, CO (it was my first of five visits total so far). 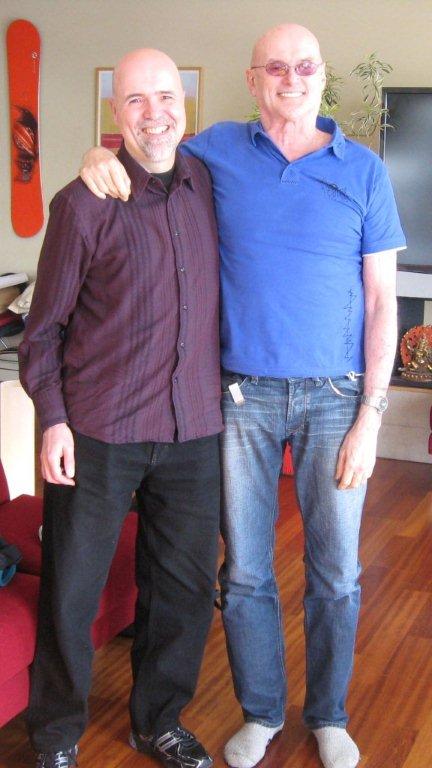 At the end of ISE #2 over New Years 2010/11 I was shocked, saddened, and moved to tears for several weeks after hearing Ken sharing with us in a live phone interview with Marc Gafni that he could no longer write books and that it was now “on us” to move his Integral Vision forward.  It was certainly the final kick in the butt for me to step up and to promote my book and ideas.   A year later, Integral Relationships is thriving world-wide and my dream of meeting Ken in person came true.

After the meet and greet, we sat down and had a frank conversation about some regrettable mistakes that I had made as I stepped forward in 2011 (dating women who projected on me, ranting about other relationship experts), what I learned from these mistakes, and how I have healed and grown to avoid them in the future. 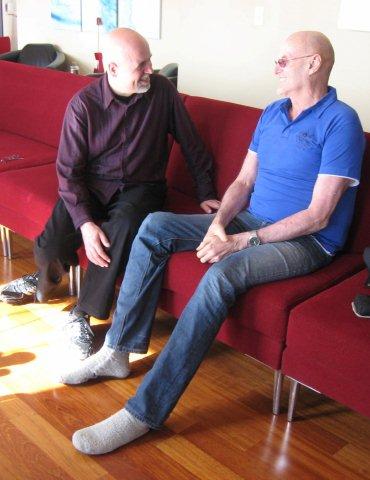 Ken was then curious how the Integral Relationship book and talks/workshops/coaching are received and provided helpful advice as well as encouragemnet.   He asked how Integral Life could best support authors/activists like me who apply his model in areas such as relationships, spirituality, art, education, business, politics, medicine, community building, psychology, technology, law, activism, etc., to which I had quite a bit to say. Ken shared about some exciting new projects such as Chrysallis (a Million Help a Billion) that Robb Smith had presented at ISE #3 and how Integral Life plans to better help to connect Integral Evolutionaries worldwide.   We then touched on several other topics before my two hour visit ended.

Needless to say that I admired and loved Ken and his work already, but his warmth, humility, kindness, openness, presence and spirit left a lasting impression with me.   I know some of his critics, and I am not a starry-eyed blind follower who drinks the Kool Aid or participates in Guru worshipping (which Ken does not seem to care for anyway), but when you meet Ken in person you just have to love the man, feel his goodness and compassion, and pay him the respect for his work that we can now all benefit from and build on.

I know several people who work on new Integral books, ideas and projects, and I want to encourage you to move into the adjacent possible and advancement into novelty if you are competent, feel the passion, and have a unique contribution to make.

As Andrew Cohen wrote in Evolutionary Enlightenment on page 174: “Anyone can experience egoless consciousness in the stillness and solitude of deep meditation.   But if we want to catalyze evolution in consciousness and culture, we are going to have to share our deepest convictions and spiritual intuitions of what’s possible, and then work hard, together, to make that possibility a reality.”