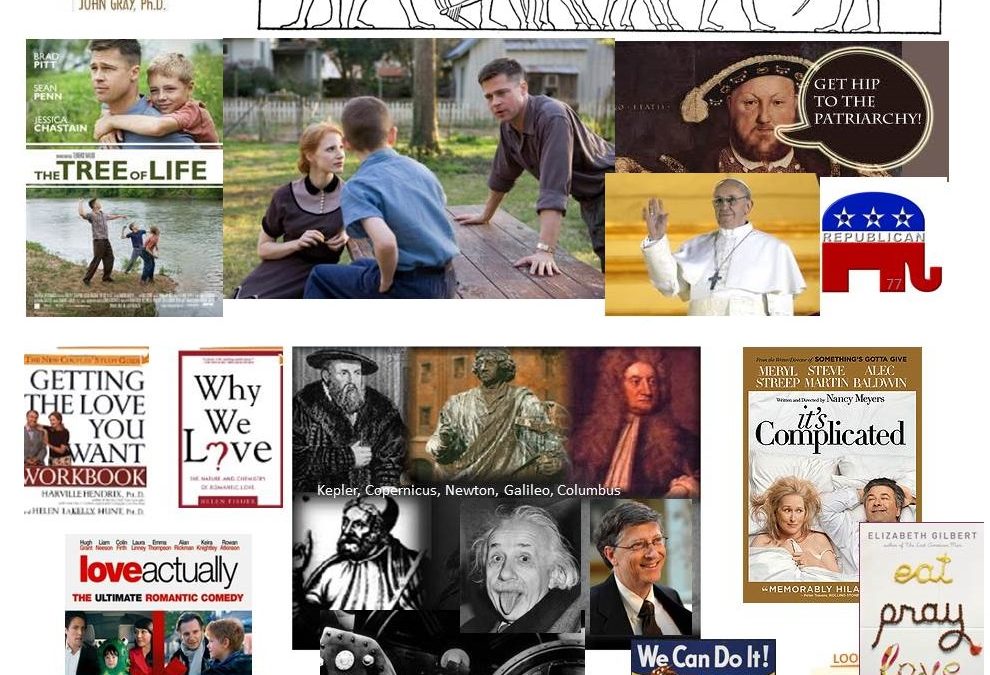 Book to learn and practice how/if the mythic and modern stages of consciousness developed in your life, and how they impact your love relationships today.

Gain insights into the fourth stage, which is called mythic or traditional, in which you seek to satisfy your needs for stability, order, purpose, hope, recognition, right and wrong morals, and future rewards for right behavior through establishing law and order, including clearly divided gender roles and rules to which women and men are compelled to conform.

See how these rules and roles are often based in religious and other myths about humans and the world (such as, “Men are from Mars and Women are from Venus”) rather than in rationality.

Investigate the fifth stage, which is called rational or modern, in which you gravitate towards objective reasoning, scientific methods, individual freedoms and responsibilities, and democratic capitalism to satisfy your desires for individual choice. In the fifth stage, you are also focused on pursuing success through taking controlled risks; gaining personal liberty, individuality, equality, rights, self-expression; and seeking the good life through attaining material abundance, higher educations, objective information, a successful career, money, and win-win thinking.

Notice how the focus in love relationships at this level is to augment the couple’s quality of life, social status, and worldly success, and to support each other to reach their individual goals.

Look at the healthy needs and expressions of each of these two stages, as well as the unhealthy aspects and limited views.

Understand how lack of healthy integration and attachments to limited views at these stages are often the cause for relationship conflicts and breakups, especially when one partner is at a later or earlier stage of development than the other.